Organization of flash mobs in Kyiv 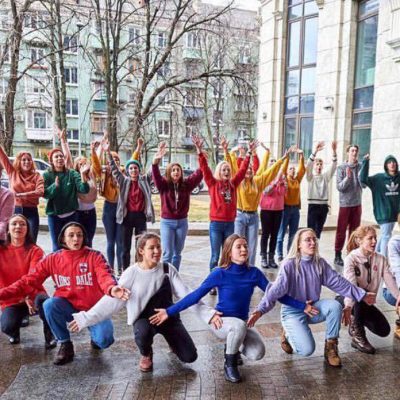 In most cases, a flash mob is a carefully planned action, in which many people take part.  Participants in a flash mob usually appear at a predetermined location and perform prepared actions. It is worth noting that as spontaneously as people appear on the action, so quickly and leave immediately after its completion. In translation from English flash mob means “outbreak of crowd”, and participants are also called mobbers.

Flash mob, unlike other types of advertising quickly attracts attention, regardless of the advertised service, product or season. This alternative type of advertising requires a lot of costs on the part of the organizers, but the result fully pays for the money and effort spent on the organization. Flash mob has always been associated with creative diversity and dilution of everyday life with something bright and unexpected. People of different age categories and professions join such promotions.

Often children and pensioners, rich and poor, women and men, etc. take part in one such promo action. Being one of the participants of the flash mob is very fashionable today. Everyone defines their motivation in what is happening. Some participants are looking for new acquaintances, friends, other thrills, and the third one loves the common cause and wants to feel like an important element of it. It is not a secret that most of the mobbers are active young people who want to get new feelings and feel free. 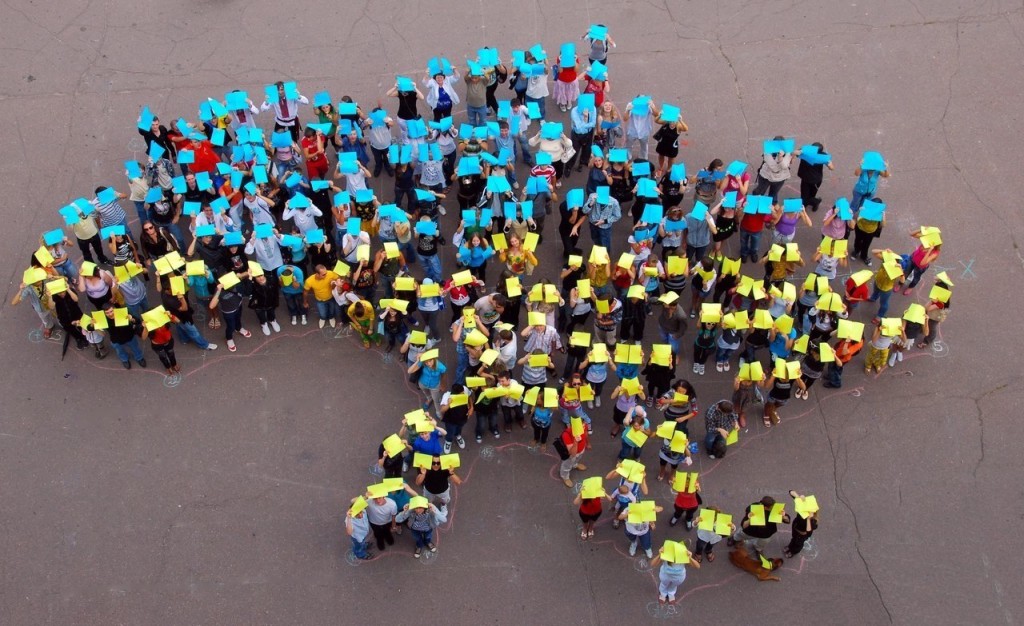 The main feature of all flash mobs is well-coordinated work of a group of people. Participants behave adequately and intelligently, even though in general they create a ridiculous situation, sometimes reaching the point of absurdity. Flash mobs are mainly organized in crowded places in the city. In Kyiv, it can be the central squares, station, subway, airport and others.

The highlight of the flash mob has always been its spontaneity. No matter where it is held, it is important to have the feeling that people passing by have. The crowd of people who perform various actions, which appeared out of nowhere, simply cannot but draw attention to themselves.

Often what is happening is accompanied by all sorts of special effects. It can be music, dancing, balloons, light effects, etc. A simple person passing by from the surprise of this kind of action will certainly pay attention to it. But the purpose of flash mobs is not just to attract the attention of passers-by, the organizers are waiting for the opposite reaction from them. If after the divergence of mobile operators, you have a feeling of mixed reality, a misunderstanding of what happened, the flash mob was successful. The true purpose of the flash mob achieved if a wide range of people who have watched the action has a sense of interest in what is happening.

The great popularity of flash mob is caused by its motivating effect. Today, such actions are held to inform the public about the beginning of the artist’s concert tour, as an integral part of the proposal of his hand and heart, congratulations on his birthday. Flash mobs are often used as social slogans and warnings. People are asked not to drink alcoholic beverages while driving a car, not to smoke, or to awaken compassion and mercy in them.

From the outside, it may seem that flash mobs cannot be successful because of their basic principles. But in practice, on the contrary, such actions gather a lot of viewers and cause interest even in the most disinterested person. All flash mobs can be divided into such categories:

Our specialists have managed to organize more than one dozen successful flash mobs in Kyiv and not only. For this reason, if you need to make a beautiful statement about an idea, or you want to diversify your life by taking part in the flash mob, please contact the advertising agency “VLADpromo”. We will help you to experience one of the brightest and most unforgettable moments of your life.

Among all kinds of flash mobs, it is necessary to allocate advertising for them:

We offer the organization of quality flash mob in Kyiv. Price for this type of action depends on the number of flash-mobbers and complexity. Address by phone specified on our site.

Organization of flash mobs from Vladpromo

Using viral advertising to promote yourself is one of the best ways to make your brand known. We believe that the additional effect is an element of surprise, so we offer our customers to hold a flash mob.

Initially, consumers do not know that among them are people responsible for the advertising campaign. During the flash mob, the actions of our experts will attract the attention of others. If necessary, we are ready to provide participants:

The action can include dancing and musical accompaniment!

Such action can become the brightest event in life if conducted correctly. Our company is ready to take full responsibility for the preparation of this event, to offer its idea and to select the participants. Call us if you want to get a well-coordinated action, which will be perfect!