The well-known expression “You can know the truth in detail” once again justifies your definition. After all, in addition to the main accents, the viewer’s attention is often drawn to secondary characters, who, as you know, not only create a background addition but also determine the desired level of “atmospheric” and brightness of the frame. Consequently, the success of the finished footage depends on the choice of the background plan.

The distinctive feature of shooting success is mainly manifested in every detail calculated. The fact that the second plan for this is the determining factor, has already been said above. Therefore, we will pass to the basic characteristics of the second plan. Let’s not go into details, we will consider only those aspects which are an integral part of the object of our discussion. 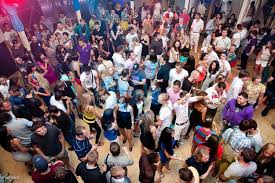 There are two main directions of shooting scenes with the participation of mass actors, in which the directors work:

Such frames are created to fully focus the viewer on the mainframe elements. Such episodes require minimal expressiveness of mass scene actors. Large shots prevail here, so the background is mostly blurred, and the masking is completely merged with the environment.

This type of cameraman’s art requires the most delicate work in terms of masking. This is more detailed.

Here we will stop a little to characterize concretely and purposefully all the importance of the organization of selection of masking and direct participation of our company in it. Everything that concerns the quality and rapid provision of services for the selection of actors of mass scenes is for us the primary task, on the successful solution of which depends, a little, the success of the result.

What exactly do we mean by quality service, as well as the speed of execution, we will discuss in detail below.

As for the services provided by our agency, it is necessary to immediately draw a few defining vectors of our activities in terms of the selection of actors for mass scenes. We offer a wide range of services, which implies comprehensive and extremely profitable cooperation. So, having resorted to our help in the organization of a set of actors, you, undoubtedly, will estimate all advantages of the given transaction. After all, we carry out the selection of actors of the most diverse subjects and types.

For each type of shooting we define the basic requirements, and then carry out their search in a huge database of actors.

Here, an important point is the exact selection of types, according to the required criteria. This stage is, in fact, the key, because it is the basic basis for further search.

So, having defined the main parameters and topics of the project, we are moving in a narrower direction, following further instructions and instructions. The main task is gradual selection and selective screening. The professionalism of our staff will not give you a reason for even the slightest doubt. We carry our exclusive filtering of types according to the set parameters, and the big base of actors provides the most effective search in the shortest terms.

As for the areas in which we work, we can mention such major projects here:

The choice is limited only to the framework of the client’s order, within which we achieve all our objectives in the shortest possible time.

The actor of the general plan

Even if your project involves less narrow typification, for example, a frame of the extras in the subway or on the street, where the main characters do not appear, you still need people trained and organized, who with their coordinated and planned actions will contribute to the rapid advancement of the filming process, rather than delay it because of its unpreparedness and carelessness. In such situations, we offer you, people, who have already had experience of such filming or who have listened to special training beforehand.

If your project has been planned for a long time, then you will probably take your time, and, guided by the main tasks, you will gradually move in the direction of the goal. But even if your plans have changed unexpectedly and you do not meet the deadlines, you cannot worry. In case of an urgent need for the appearance of the set of actors of mass scenes, you can also rely on us. Agency “VLADpromo” has acting resources, which in case of force majeure will always be at the appointed time in the right place.

Addressing to us, you can be sure that you will get exactly what you have planned in the shortest possible time and with minimum cost.