Extras on television in Kiev


For projects on television to have an impressive status and look solid, you need an extra. The participants of mass scenes can be both professional actors and people without relevant experience. Preparation of the participants of the mass scenes takes place under the guidance of a well-coordinated and experienced team. We understand what result you want to achieve and are ready to help you with this.

How is the work done on television in extras?

Advertising agency “VLADpromo” has been working since 2011. During this time, we have had many projects in film, television and advertising, which were mass scenes. Most often, the extras on television are recruited for talk shows, entertainment, game, criminal and other TV programs.

Depending on the idea of the project and the audience, the duties of the actors of the extras change. For example, for some political talk show, the participants of the extras, who have no acting experience, basically just sit, vote and clap at the direction of the director. For close-up interruptions, professional actors are selected who can represent the right emotion.

Work on the project begins with the theme of shooting. According to the director’s criteria, people of a certain type are selected. If desired, you can also select the participants together with us. In this way, you will be able to visually evaluate the results of the work at each stage and, if necessary, adjust. 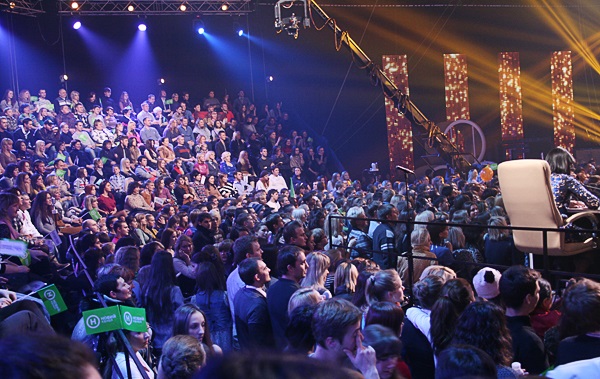 CVs and portfolios are requested for your candidates. This data includes several photographs (full-length and close-up), information about theatre education and acting experience, as well as human characteristics (eye color, height, weight, etc.). And that is not all.

Each TV channel wants to create interesting, intriguing and fascinating projects that will not only retain their audience but also attract new viewers. To prevent the viewer from switching to another channel, it is necessary to evoke emotions. And the extras in Kyiv plays an important role in this. The fact is that the viewer, who watches the program on TV, sees people in the hall, recognizing themselves: whether it is people of age with a fascinated look or mischievous youth. Applying to the advertising agency “VLADpromo”, you will receive qualified services and the necessary psychological effect and that is why:

Work in the extras and control at all stages

Shooting can take both 4-5 hours and 12-15 hours. This is a heavy load, especially for people who are not prepared for such a schedule.  Team “VLADpromo” makes sure that all the participants of the extras were in good shape, cheerful and have a spectator audience.

At the request of the client, we can choose participants with special skills: choreography, vocals, ability to play a musical instrument and much more. Are there any more questions? Call right now by phone +38 (097) 864-17-27.