How to organize the selection of actors

Ukrainian TV channels shoot a lot of talk shows, entertainment programs, documentaries, and feature films. In such projects, there are almost always mass scenes, for shooting which participants are required. Undoubtedly, project managers want to conduct such scenes at the highest level. Advertising agency “VLADpromo” knows how to achieve such results.

Selection of actors is an important and painstaking robot

While selecting the actors of the work massaging it is necessary to solve several tasks. Generally speaking, everyone can take part in the mass stage, but the selection process of the contestants is subject to certain criteria. For such scenes, both actors with experience and ordinary people who want to touch the world of cinema and television are selected. During the casting process, our team checks the qualities of responsibility, discipline and acting skills. The types of participants are selected according to the subject of the filming. 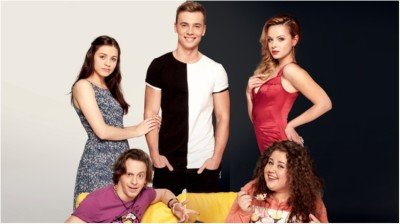 We always rely on time as an important factor in our search for the actors. To ensure that the work on filming was carried out as planned, our team selects all participants in the shortest possible time. To supervise such scenes, the specialists of the highest class are involved. An experienced foreman (so-called curators) immediately selects the right type of scene from the extras. If the approved candidate does not have the necessary acting skills, he is instructed on how to behave on the set.

It is difficult to coordinate the work of the extras. Our specialists not only monitor the discipline of the participants but also control their relationships. Why are these two factors important? Since the mass scene is most often shot against the backdrop of the main characters’ game, the slightest confusion and self-will in the extras can ruin the whole take. The client doesn’t want to stop at one moment. In addition to the processing of the film crew and recycle actors – all this entails additional costs for the customer. Our experts do not allow such situations.

For a set of actors of extras please contact us

The topic itself plays a huge role in the process of finding people. Our experience proves it. We have been working since 2011 and have faced many situations during our work, so it is difficult to surprise us. In the process, we created our method of finding participants. Advertising agency “VLADpromo” has its database of actors, which you can read and choose suitable candidates for the upcoming scene.

Quite often the customer needs specific types and styles of actors. This condition complicates the work of foremen, but thanks to our experience we have found a way to speed up the search for the desired image. All the casting participants who are included in our database are divided into groups.

To take part in shooting mass scenes is real for almost everyone. To do this, we ask all candidates to send their portfolios. It includes a questionnaire with such data of the contestants:

If the contestant already has experience in any kind of shooting, we ask you to indicate which one.

Also, we require several professional photographs to be provided close-up and full-length. Thanks to this requirement you can visually evaluate the type of candidate.

Most often, the preference is given to actors with experience or young professionals with an appropriate education. This is quite natural because it is much easier to achieve the desired emotions on the set from people with acting skills.

However, those who are inexperienced and lack certain acting skills, but want to be closer to the stage and television screen, can also become part of the extras.

Participation in the shooting involves a heavy load. Agree, not everyone can spend 10-12 hours on the set. We make sure that the actors have a good rest before shooting and were full of vital energy during the work. Also, we notify them of the ban on consuming large quantities of alcohol the day before shooting and during work. These organizational aspects are given special attention.

It is worth noting that, along with the search for actors, it is important to ensure their mandatory presence on the set. Sometimes there are situations when approved participants refuse to shoot. For such cases, we always have an additional set of candidates on hand.

This approach of the advertising agency “VLADpromo” to the organization of filming and selection of masking guarantees a quality result and the absence of emergencies. We can solve the most difficult tasks!

Also, you can use for qualitative selection of actors for shooting, extras service Youneed: https://www.youneed.com.ua