Newspaper distribution in Kiev is an effective advertising


The most productive and sought-after type of outdoor advertising is the distribution of printed materials, which carries a certain semantic load. The simplicity and accessibility of such a promotion attracts potential advertisers. Distribution of newspapers is carried out in crowded places, near exits from metro stations, busy walking routes, at exhibitions and presentations. A newspaper is capable of containing a large amount of information, so several advertisers may be interested in distributing such a product at the same time.

When is the distribution of newspapers relevant?

Free distribution of newspapers can be carried out in the following cases:

Using the information contained in the newspaper, you can easily promote a certain brand, brand, necessary product or service. With minimal costs for printed products, you can always count on getting the desired result, namely attracting new customers, increasing sales of the proposed product. 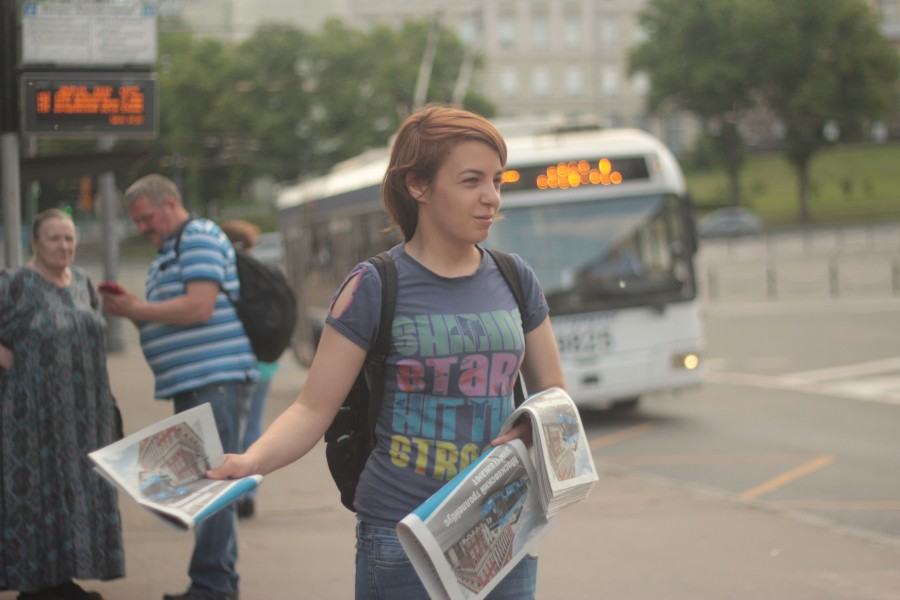 How is the process of distributing newspapers in Kiev going?

Why is it profitable to order a distribution of newspapers?

Demand for advertising is proportionally dependent on the size of the city. Distribution of newspapers in Kiev is not always a planned promotion. It is possible to distribute printed materials without special preparation. It is necessary to determine a suitable place, mainly busy places and walking routes are chosen. Professionals who participate in the distribution of newspapers determine the appropriate target audience, after which they can begin their work. For example, to advertise a new car service, the distribution of newspapers takes place at busy intersections of the city, and a beauty salon is advertised on the busy routes of the city center. It should also be remembered that the newspaper has a secondary effect. If the information in it did not interest the recipient, then it may catch the eye of his close people and produce the desired action. The principle of distribution allows you to choose the desired gender, age category and other factors that make it possible to convey a distributed advertising product to a recipient with a high degree of accuracy.

Where to order newspaper distribution services in Kiev?

In the capital of Ukraine the distribution of promotional products is a popular and sought-after service. This method allows you to quickly and inexpensively convey to the desired target audience the necessary information. Outdoor advertising can be stationary (stands, signs, inscriptions on asphalt) or distributed as a printed product (newspapers, leaflets, booklets). Naturally, the advertiser will not independently try to hand out thousands of newspapers. For these purposes, well-trained young people (boys and girls) are involved, who are able to effectively distribute newspapers and select the right target audience. The promoter selects the appropriate locations that are suitable for a wider reach of potential customers. The customer only needs to indicate their wishes, and the rest of the work the agency staff will do themselves. Unlike brand representation at exhibitions, shows and presentations, the distribution of newspapers does not imply any special requirements for candidates. These should be ordinary young and purposeful people who are able to effectively cope with their task.

The right choice of place and time

The best time to distribute promotional products is the periods of the greatest concentration of people, when everyone rushes to work or study in the morning, or evening hours, when people return home after work in large numbers. You can also call it a good time for a lunch break. A win-win option can be considered weekends and holidays, then the distribution of newspapers can be carried out throughout the day. Newspapers are distributed during daylight hours, which allows you to immediately create a visual contact of the recipient with the advertised product. Even companies with a limited budget for an advertising campaign will be able to order distribution of newspapers. Printed matter is considered the most affordable way to convey the necessary information to the consumer. By distributing newspapers, you can significantly save on advertising. This is true for large cities where there is high competition among companies. Distributed printing services are actively used not only by manufacturers and service providers, but also by many political parties, charitable foundations and religious organizations, trying to attract the attention of the target audience. The newspaper may contain a lot of useful information, bright headlines are remembered at a subconscious level. As a result, the advertised brand becomes recognizable, and the company achieves the desired result. It takes only a few days to organize the promotion, including the process of developing and printing newspapers.